True teachers have a rare combination of knowledge, enthusiasm, and personality. OEX instructors not only have extensive field experience, but also the rare ability to explain a concept twelve different ways to twelve different people – so whatever your learning style, you will leave OEX with a sound understanding of all the techniques and information presented.

Our instructors draw upon an expansive collective experience pool which is cross trained to each teacher through a required self-enrichment process. Knowledge, experience, and industry standard methods are combined with staying current on cutting edge development in off-road equipment and vehicles. This is what makes OEX instructors the best in the industry. 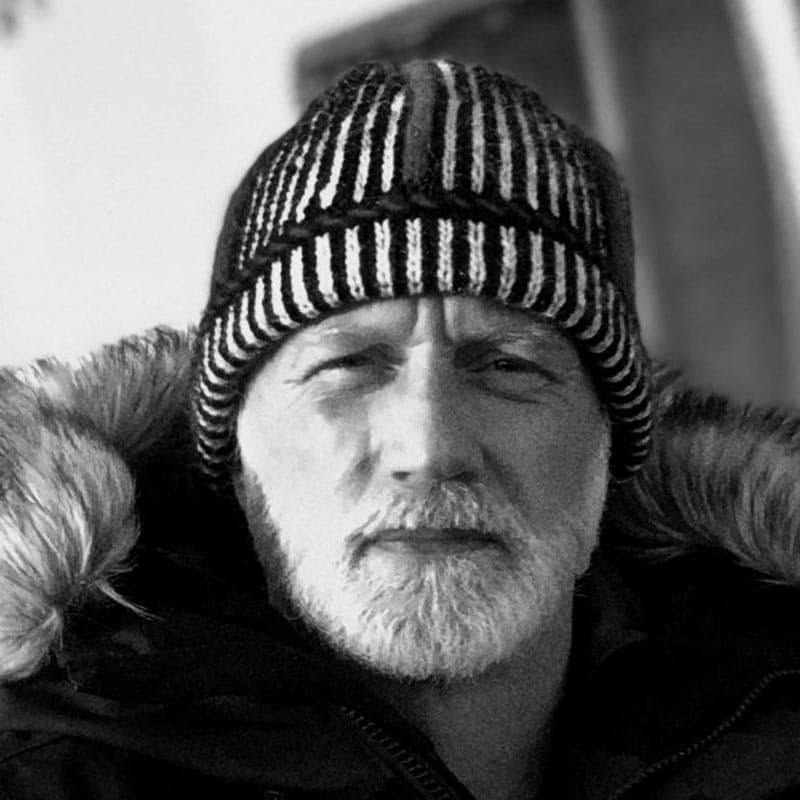 Bruce was born in Connecticut to a Swedish, UN and freelance journalist mother, and an American documentary filmmaker father. He has been driving 4x4s since the age of seven.

In the later 1980s, as a Biology graduate student, Bruce found himself teaching others how to get the best out of a 4×4 vehicle and how to do it without abusing their vehicle, the environment, bystanders, or passengers. The following years were spent as a biologist; publishing, teaching and leading field research. He trained his students and colleagues in off road driving techniques and logistical planning and led ground based expeditions.

In 1998 Bruce decided to take what he loved and make a profession out of it – teaching, being outdoors, and perfecting the science of off-roading and overlanding. He established Overland Experts in Connecticut and then expanded its training operations to North Carolina, Virginia, and Utah as well as establishing a World Wide Mobility Training Team. 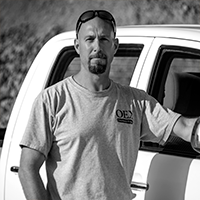 Based in CT, Erik is a Graduate of Wheaton College, in Norton, MA. He started training with OEX in 2010, bringing with him a broad background in vehicles and training.

He has many years of high-speed, track experience with organizations such as Skip Barber, SCCA and EMRA. He has a background in mechanical design and engineering.

Erik also has a successful sailing career in both inshore racing and offshore, blue water deliveries, as well as collegiate level coaching. He is a private pilot and spent time as an aeronautics course instructor.

Erik has trained extensively with Military Special Forces, utility workers and first responders on a variety of platforms. His extensive world travel includes vehicle-based expeditions in Africa and Asia, Europe, and South America. 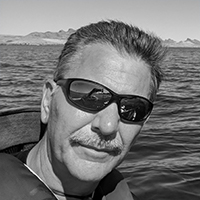 Ron’s passion for driver excellence and vehicle preservation was sparked in him by his Dad on the farm as a youngster. At 16 years of age, he won the 1973 AMVETS-Dodge National Safe Driving Competition, and began training other competitors shortly thereafter. He later trained fire apparatus operation at the local community college, law enforcement and rescue vehicle operation for the National Park Service (NPS), and vehicle response at the Federal Law Enforcement Training Center (FLETC), in Glynco, GA.

He has spent most of his life outdoors, living in remote areas of the US National Parks, working extended assignments in backcountry locations, and on wildfire and speciality details. His ability to effectively operate and maintain a variety of vehicles quickly led to driver and instructor positions.

Ron has been sharing his 30+ years of driver training experience with OEX participants since 2013. As a NPS Law Enforcement Ranger / Rescue Technician, and Instructor, he taught off road vehicle operation across the US. As a Senior LE Driving Instructor at the FLETC, he trained private, military and government law enforcement drivers in the operation of task specific vehicles, including military and civilian 4x4s, LE sedans, ATV/UTVs, motorcycles, and bicycles, as well as developed and managed the FLETC driver simulator program. Ron has worked with numerous vehicle operator training programs in class, skill, and program development, and is currently certified through the I4WDTA. 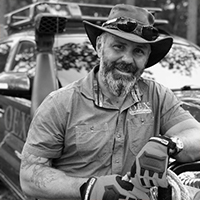 Tony Cerruto is a retired Special Forces Master Sergeant serving for 26 years. During his career with US Army Special Operations, Tony has driven a variety of civilian and tactical off-road vehicles all over the world. Tony has developed a passion for off-road driving and adventure during his time with the military as well as his recreational adventures. He is often looking to discover what lies around the next bend whether it’s in Utah, Colorado, New England or in his back yard in North Carolina.

For over 30 years, Tony’s vehicle experience includes but is not limited to, dirt bikes, ATVs, UTVs, Humvees and Toyota 4X4s of all shapes and sizes. Tony has served as lead trainer for the 3rd Special Forces Group, Combat Mobility Training Committee and is currently the Director of Military Training at Overland Experts. He has instructed hundreds of fellow Green Berets and dozens of adventurous civilians in off-road survivability and sustainment. Tony is a certified trainer of the International 4Wheel drive Trainers Association. 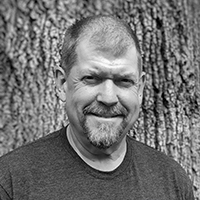 Ted graduated from Randolph-Macon College in 1984. He has been working for Overland Experts since 2010 and has been a Certified Instructor with the International 4 Wheel Drive Trainers Association since 2013. He is also a Tread Lightly Master Tread Trainer.

Ted has taught off-road driving to members of every branch of the US Military, civilians both novice and experienced, and various commercial clients. He is currently based in Virginia and knows the mountains of Virginia and West Virginia well. Ted has experience in North Carolina, New England, Colorado, Arizona, Montana, and western California with a variety of vehicles. 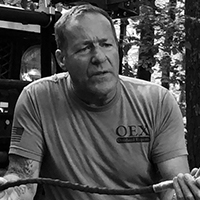 For as long as he can remember, Kevin had the desire to run, drive, operate, fly, and equally as important.. repair just about anything he could get his hands on.

A licensed Helicopter pilot, a 28 year member of the international union of operating engineers, and an off road enthusiast are just a few of the things that provide Kevin with a unique set of skills that he brings to OEX as a multi platform instructor which includes amphibious vehicles as well as truck and side by side type vehicles Kevin also manages our fleet of diverse vehicles. 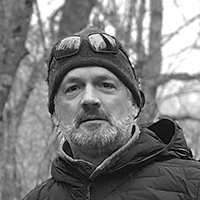 J.B. has been an off road driving instructor for 12 years. His experience driving, maintaining, building and teaching Toyota, Land Rover, Jeep, and armored platforms, (MRAP, HUMVEE, etc), in high desert, lowland, and winter environments has given him an in-depth knowledge of what these vehicles can and can’t do in any given environment.

Having been involved in competitive driving and motorcycle events has given J.B. an un-matched respect and understanding of vehicle dynamics in the off-road environment.

When he’s not training you’ll find J.B. on a river with a fly rod, riding single track, or in the shop building cars, trucks and motorcycles. 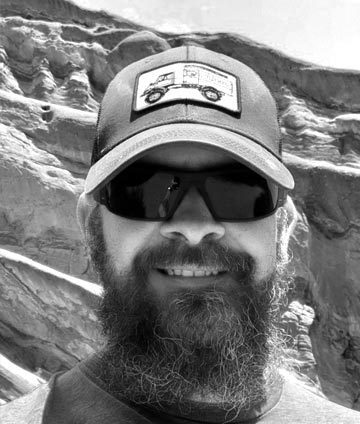 Steve Beasley is a former US Army Special Operations Flight Engineer Instructor and aircraft mechanic. He spent ten years active duty as an aircraft mechanic, maintenance, and flight crew instructor with the 160th Special Operations Aviation Regiment followed by two years as a civilian Flight Engineer Instructor. Steve has driven multiple civilian and military off-road vehicles such as ATVs, UTVs HUMVEEs, pickups and SUVs. He believes in vehicle sustainability. As a mechanic he understands and encourages regular vehicle maintenance. It is important especially with the excessive wear and tear in the off-road as well as the military communities. His passion started with Jeeps, but his adventurous personality has driven him to convert an E350 to a 4x4 adventure van that will endure much of the same terrain that he sees regularly.

Steve has a passion for teaching and coaching. He loves to share his knowledge to those that wish to off-road more safely, with the knowledge to sustain as little damage as possible if any. Steve is also an EMT that applies his off-road experience, operating UTVs for patient transport over mountainous, desert, and muddy terrain. 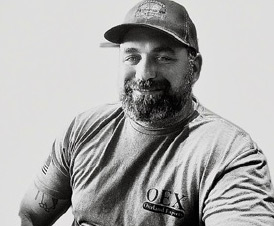 Born and raised in Sonoma County California, John found his love for Off roading at 13 years old when his Aunt taught him how to drive her 1974 Toyota Land Cruiser FJ40, which he still owns, through a creek in the middle of a Redwood forrest. He grew up exploring logging roads and steep firebreaks all throughout Northern California, driving everything from Toyotas, International Scouts and Unimogs. Upon graduating High School, John enlisted in the US Army and was fortunate enough to drive a multitude of vehicles across every type of terrain this planet has to offer. From the deep lake effect snow of the North East, Sticky swamp mud of the Neuse River Basin, Sand Dunes of Kuwait or the granite rocks of the Sierra Nevadas. No matter what the terrain or what the vehicle John has always enjoyed pushing the vehicle to go further than others.

During his 20 years in the United States Army mentoring Soldiers and working as an instructor he truly discovered his passion for teaching.

John has been a part of the NC OEX team since 2019. When he is not in the woods or on a trail teaching the principles of off-roading he can be found at Apex Overland turning wrenches and fabricating Vehicles for Epic off-road adventures or dragging his family on yet another Brady adventure.